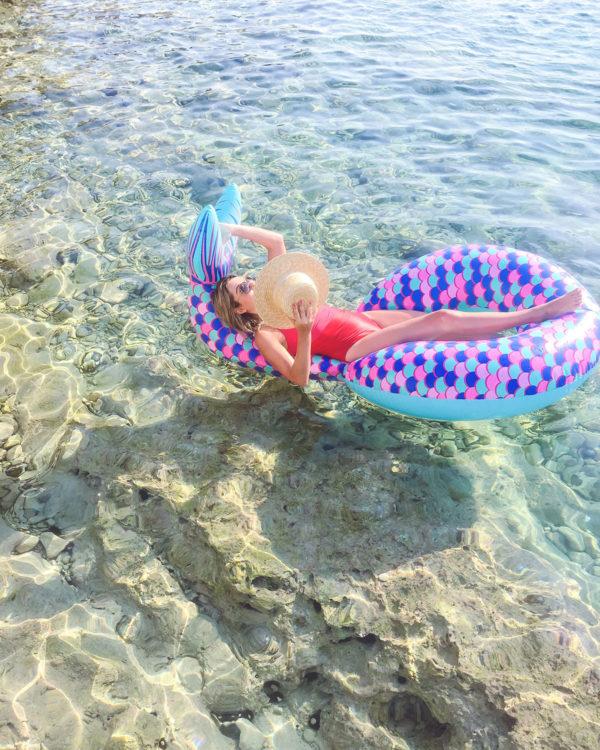 Timing is everything, isn’t it? Having an apartment lease that ended in June during a pandemic (in a place that you couldn’t have paid me to stay another year) wasn’t exactly ideal, but thankfully I had been lightly apartment searching since last fall and had a pretty good idea of where I wanted to live next. Still, signing an apartment lease based on photos without actually seeing the unit is unbelievably unnerving. Call me crazy, but I have to get a feel for the energy of a space. Do you know what I mean?

By some stroke of luck, the unit I was interested in ended up being moved out of early and I was able to do a socially-distanced visit in early May. It was love at first sight, and I knew instantly it was the apartment for me. I was so, so excited and eagerly awaiting the application form via email.

Oddly enough, it was sent on that same Thursday afternoon that I got to see the space, but even though I had refreshed my inbox a million times, I didn’t see the email until Friday morning when I searched my inbox for the address. Gmail had somehow filtered that particular email to a different section since it was coming from an automated system, and I was expecting a direct email from the leasing agent I had been in contact with.

Excitedly, I was quickly filling out the application when I saw a text from a friend. The timing of this still freaks me out because I *never* have my phone face up when I’m at my computer. I had a Loopy case on, as well as ADD, so the phone actually would only lay flat when it’s face down, and I’m then not distracted by notifications either. But for whatever reason, my phone was face up and angled at me (again, because of the Loopy) and I saw my friend’s name on my phone. In group texts and on Zooms, this friend and I chat all the time. But she’s been in her hometown all of quarantine and without plans to hang IRL, I hadn’t seen her name pop up on my phone in a while! For whatever reason, I just knew it was a text I needed to read before finishing the apartment application.

She was asking when exactly my lease was up and if I knew where I’d be moving yet. She had decided she’d be staying in her hometown through the rest of the summer, and asked if I’d be interested in subleasing her place while she was gone.

While I had gotten so excited and was already making plans to decorate my new apartment, something just felt right about subletting her place for the summer. As ready as I was for my new place in the Gold Coast, moving into an apartment building with 100+ other units during a pandemic and not having any outdoor space right as the summer was starting didn’t feel like the best decision. She has a two bedroom in Lincoln Park, complete with a side yard, a front porch, and a back roof deck. Not to mention, two of my good friends (with an epic rooftop) live two blocks away. So I ran the numbers and realized I would still be saving a little bit of money after putting my stuff in storage and paying for movers twice, so it was a win-win for both of us.

As much as part of me wanted to be settling into my new more permanent space, I feel like I definitely made the right choice this summer! I walked down to the Gold Coast mid-July to get my hair done, and there are just SO MANY PEOPLE. Trying to maintain distance on the sidewalk is a challenge, whereas up in Lincoln Park, it’s quiet enough that I can sometimes take off my mask for a block or two because there aren’t any other people around. And when I made my decision back in May, the lakefront path was actually still shut down, which is my favorite part of living in the Gold Coast. It’s open now, so I’ve been making the longer walk from my friend’s place in Lincoln Park as much as I possibly can!

I lived in a different part of Lincoln Park back in 2011 right after I graduated college before moving to NYC, and I’ve always loved the neighborhood. It’s been so nice having a change of scenery on my daily walks, and it almost feels like traveling because I get to explore a new neighborhood for a few months. (As compared to the Gold Coast, where I most recently lived for four years, save for my one-year-stint in Bucktown, where I feel like I know it like the back of my hand.) No matter the neighborhood, walking around and eyeing all of the beautiful single family homes is truly my favorite solo pastime (while simultaneously pulling up Redfin and Zillow 😂) so it’s been lovely being right in the heart of some of the most beautiful homes in the city. Lots of new eye candy! I’m also pretty close to DePaul’s campus, and I don’t know what it is about college campuses, but I just love them. Walking through their peaceful quad gives me the best vibes, and makes me so nostalgic for my time in Champaign.

I couldn’t be happier with my little “Summer Sabbatical,” as I’m calling it. This summer at home is obviously much, much different than the summertime season all of us in Chicago love so much. But honestly, I’m just trying to enjoy a slower pace for once, instead of thinking about all of the things we’re missing out on. I have a handful of friends that I trust and know are being very cautious and careful, and I try to see them every Saturday at one of our outdoor spaces. Other than that, it’s mainly been walks with girlfriends or porch hangs, and I’ve enjoyed so much one-on-one time to chat with my friends.

I say ‘sabbatical,’ because it kind of feels like a break from real life for a bit. I’m not yet having to deal with decorating, new furniture, and getting settled in a new place, and I’ve also been doing a whole lot of soul searching about where I’m headed next. I knew I wanted to take a little step back from blogging and social media this summer, and felt myself itching for a bit of a career switch, but I wasn’t sure exactly how long that would last. Maybe I would feel more refreshed in September and want to continue doing that mostly full-time, or maybe not. Taking a lot of time off social has been such a gift… It’s allowed me to step away, pause, reflect, and gain some awareness. Life has felt a little more quiet, in the best way possible.

I’ve had many realizations, and I’m really excited by everything in the works. At times I get impatient, and it feels like things are a little too slow-moving, but good things take time! (Could I be any more vague?! haha) But I promise you guys will be the first to know.

I still inherently love sharing, and I love the community that I’ve built over the last ten years. I also feel myself coiling back a bit, and not wanting to share so much about my life on such a large stage, or on a platform that’s a little less loud and noisy. (ahem, Instagram.) When I have time and it feels fun and it’s a topic that feels exciting to share with you guys, I fully intend on still publishing posts here on the blog, but without all of the expectations or feeling like I need to. Ultimately, this switch allows me to have a bit more presence is my own life, too! 😊

I would love to find a way to communicate and interact on a smaller more intimate level. I love voice notes and voice memos so maybe there’s something there? I’m not sure yet. I get a lot of messages about bringing the podcast back, and I have mixed feelings about it. On one hand, I did really enjoy parts of it! There’s nothing I love more than having deeper conversations with people. But in terms of solo shows, I don’t seem them in my future. I’m not an expert on the topics I’d like to discuss, I just want to dissect them and learn and share what I’ve learned so far. And honestly, listening to myself ramble just doesn’t do it for me. But I do have some guests that I’d absolutely LOVE to eventually have on the show (still just for fun, not with sponsors or any of that jazz), so hopefully the pandemic allows those conversations to happen sooner rather than later.

I have a strong feeling I’ll enjoy sharing more again once it’s not my “job,” especially on social media, but I’m enjoying taking some time for myself right now. Funnily enough, I’ve felt infinitely more creative and have been way more inspired to write lately. I’ve still got a long list of blog posts I’d like to eventually publish and I love sharing all of my random Friday Finds, so I’m not going anywhere! I still have my email lists, I still have my Instagram accounts, I’m still on LikeToKnow.it. I just wanted to let you all know where my minds at, what’s been going on behind the scenes, and what you can expect going forward. Can’t wait to share more about other ventures soon!