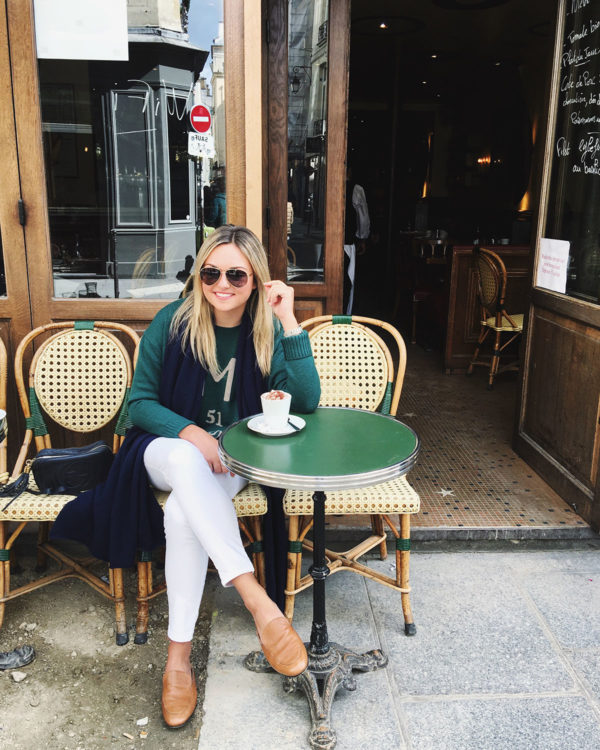 I’ve mentioned these white jeans here and there over the last few weeks, but as I was placing an order for two more pairs online last week, I realized that they needed their own dedicated post. (And just so we’re clear, this post is in no way sponsored. They’re just *that* good, trust.) 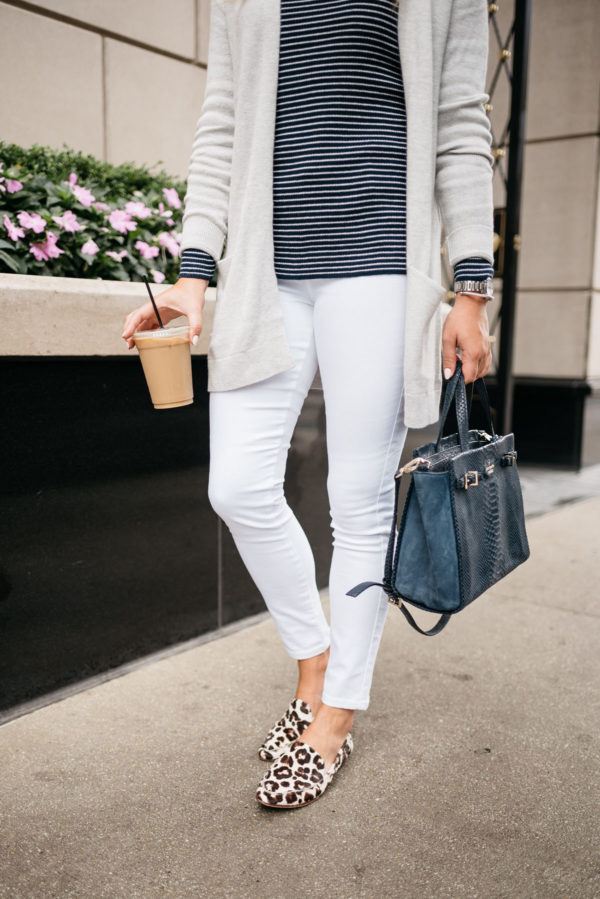 Over the past few years, I’ve had countless pairs of white Old Navy jeans in my closet. For the fit and the price, they were my go-to’s. I’d buy a few pairs each season and wear them to their death. And by death, I don’t mean they’d fall apart, but rather, I’d spill something on them and have to retire them for good. 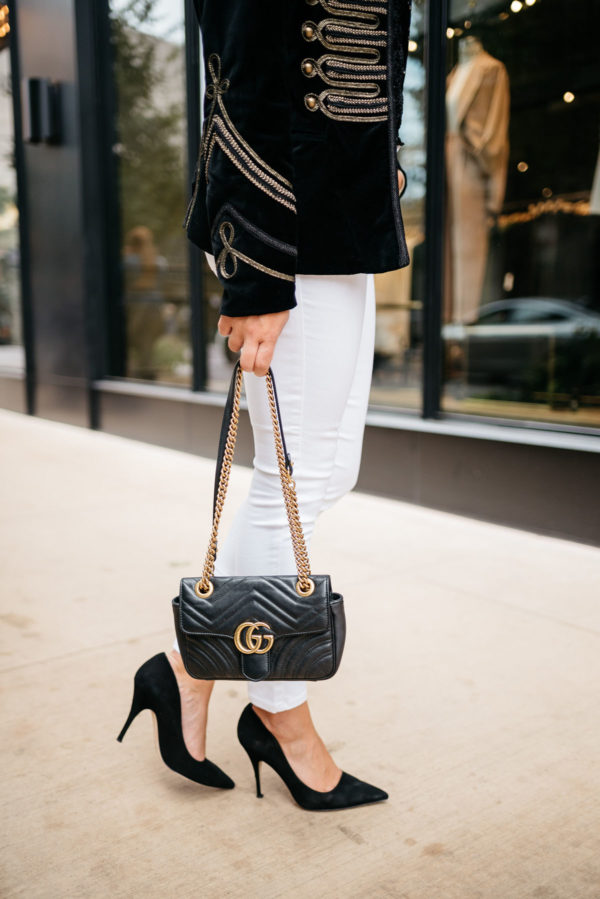 Just before I was leaving for Europe in August, I picked up a new pair when I was shopping in store. I saw the “stay white” signage in the store and figured it couldn’t hurt to try them out! Previously, if I was packing for a longer trip and planning multiple outfits with white jeans, I’d pack two pairs… Always. Maybe I’m more clumsy than most, but without fail, I’d sit in something or spill coffee, wine, or food on them and not have access to a washing machine to get them cleaned right away.

But as we all know, jeans tend to take up a good amount of space in your suitcase. So as I was packing for the fall-like weather in Nantucket and Paris, I took a risk and only packed this single pair of white jeans because I was packing a pair of blue and black denim, too.

Lo and behold, they actually stayed white. It’s like they’re magic, you guys… It’s almost as if they literally repel stains. And there’s something about the fabric that keeps them from stretching out, too. The denim is a little bit thicker so you don’t have any of the typical gripes tend to coincide with white jeans… they’re not too thin, they don’t stretch out, and they’re actually as flattering as white jeans can be! And another plus, they’re the same mid-rise Rockstar fit that I love and buy in all of my other Old Navy jeans. (Side Note: I actually thought they were the ‘sculpt’ skinny jeans as first because of how well they hold you in, but I’ve double checked the style number on the tag and they are, in fact, the stay white jeans. Style # is 116924, FYI.)

I’m not kidding when I say that I only washed these jeans once when I was on my 2.5 week trip. (And I wore them probably 10 times. Don’t judge.) And I was only forced to wash them because I’d spilled, like, an entire jar of Nutella on them (right on the front, in multiple places) because I thought it would be a good idea to eat a warm, chocolate-covered waffle while driving through the French countryside.

So there you have it… the only white jeans you need! Like I mentioned, I just ordered my second and third pairs just in case something happens to mine. (You can never be too prepared, right?!) Plus, they’re under $45, so might as well stock up!

Thanks me later, loves. xx

What to Wear to a Fall Wedding