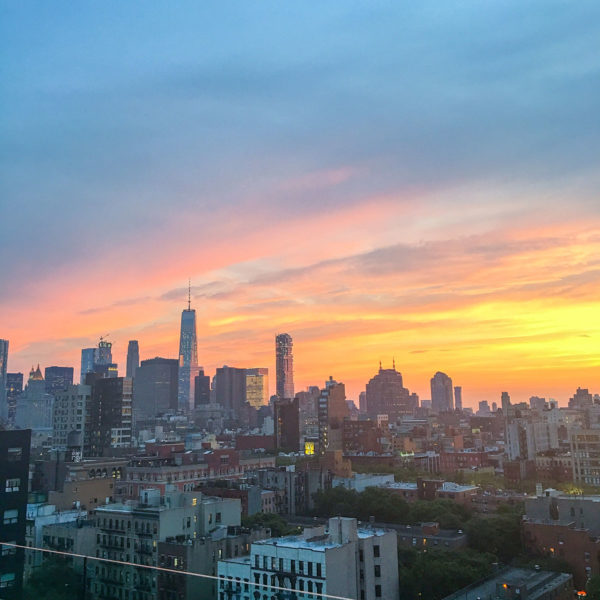 TGIF, amirite?! I’m not going to lie, this week felt like my anti-depressant was a placebo. I was in a F. U. N. K. Obviously not trying to make light of depression or mental health, and clearly I know that my meds are not daily happy pills, but I’m taking a note from The Weeknd… “Drugs started feelin’ like it’s decaf.” Ya feel me?

I’m happy to report that I’m feeling so much better today! I mentioned it in this Instagram post, but I was feeling so blah this week. I’m certain it was mostly caused by the last few days of shitty weather in Chicago… 60 degrees, rainy all day every day, and GRAY. I will say, I think I finally figured out why Chicago sucks the life out of me in the winter… It’s really not the cold, it’s the lack of sunshine for so many days in a row. It’s as if the sun is my lifeline and when it’s not around for days on end, I start feeling LOW. (I take inordinate amounts of Vitamin D daily, so it’s not that.) But I’m going to finally bite the bullet and buy a sun lamp… Can’t hurt, right?! (Any suggestions? Let me know!)

But even though today is still chilly, rainy, and gray, I’m feeling much more like myself. I took my own advice and took it easy this week… Tried to get out for mini walks when I could, took a bath, read, needlepointed, journaled, meditated, and breathed. I booked a Zoom workout class this morning and I think it was the final push I needed to clear out some of these shitty vibes I’ve been harnessing this week. I’m laying low this weekend… Taking the weekend for myself to both relax and get some shit done so I can start next week on the right foot!

But before I leave you with my finds from the week, I wanted to take a minute to remember September 11th, 2001. I can’t believe it’s been 19 years… I’ll never forget that morning in 7th grade. We were always running late for school and with being in the central timezone, I was at home when I heard the news. I still remember coming downstairs to grab breakfast and The Today Show being on and my dad telling me that a plane ran into one of the World Trade Center towers. I remember naively thinking it was some sort of small plane like my Grandpa’s, a small Cessna or something similar, and thought it was an accident. By the time my mom dropped me off at school, another plane had hit the second tower and we knew it was an act of terrorism. I remember watching TV in almost every period that day, and our teachers trying to explain what had happened. I remember watching President Bush address the nation on TV that evening, too… So crazy how those types of memories don’t ever leave you.

Being from the middle of nowhere in Illinois, we didn’t have many direct ties to New York City. A few relatives that could have been in the city that day, but thankfully were not. Oddly enough, my grandfather had been there the day before (on the 10th) and said it was the most crystal clear day. But he was visiting my aunt who lives in DC on the 11th when the Pentagon was also hit. Again, thankfully both were okay!

When I moved to New York, it was humbling hearing stories from people who were living and working in the city in 2001. And I’d be lying if I said that the thought of terrorist attacks didn’t cross my mind often when I was living there… You just never know. Today is a reminder to hold your loved ones close and not take a single day for granted!

Hope you have a great weekend, friends! xo jess

Here are some of my favorite finds from the week…

I recorded a podcast episode with Jamie from A Little Too Much!

I’ve become *obsessed* with Chorus Meditation. I still do Headspace everyday, but Chorus is absolutely amazing — it’s like journaling, breathwork, meditation, and the “soulful” parts of SoulCycle all mixed together. Oh, and it’s to the beat of the music, which I obviously love! Highly recommend trying it. (I’ve only taken MK so far, she’s one of the founders.)

Never been a Birks person, but I actually kind of love this shearling-lined pair for fall!

My friend, Krista, just launched a needlepoint shop! (You know, my newest hobby!) So thrilled for her, and can’t wait for the launch on Monday.

I’m in love with these cognac suede sneakers for fall!

If you’re also someone who hates sleeves getting scrunched under jackets, I’m very interested in this sweater tee. I feel like it would solve a lot of problems.

A great read: Life on Your Own Timeline

I bought this sweatshirt earlier this week and can’t wait for it to arrive! Had the hardest time deciding on a color, but I finally picked pink. Blue was a close second! (And white, too, obvi.)

8Greens now comes in Gummies (or maybe it has for a while and I missed it?!)… Either way, I’m very interested in trying them!

If you’re not following my @Styled.By.JRS account, I’ve been posting a lot of great transitional pieces!

It would be fantastic if these slides weren’t $325. 🙃 (Because I really want them.)

How cute is this little pouch / cosmetics case?! So chic and French.

For the best smelling bathroom… A vase with eucalyptus! I had eucalyptus tied behind my shower head in my last apartment, and it just didn’t smell as great as I thought it would! I should try the vase.

Bloody Mary’s give me heartburn (#GrandmaSturdy), but this recipe looks delish!