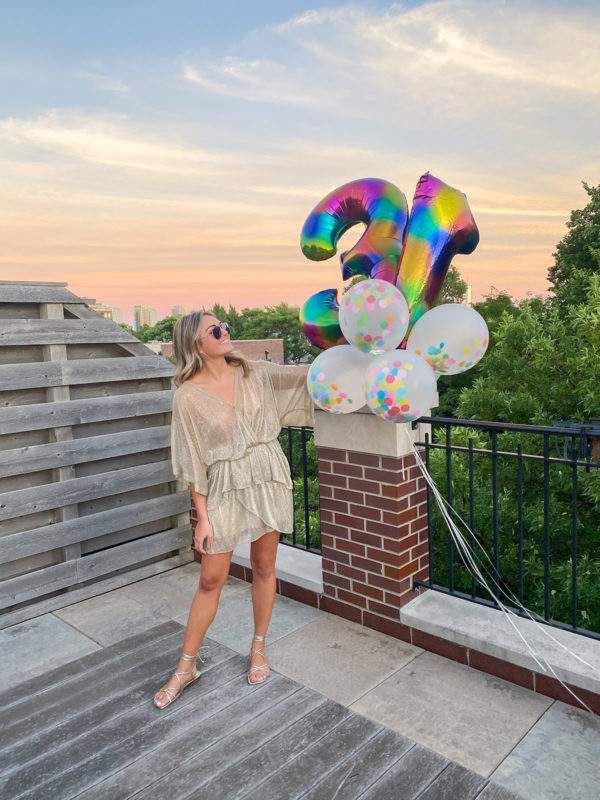 In some ways, I’ve always kind of felt like a late bloomer. And in other ways, I’ve always gotten an early start! My birthday is August 31st (turned 31 last week!) and where I grew up in Illinois, the cut off for school is September 1st. So had I been born a mere six hours later, my life would have looked a lot different in terms of graduation years, friends, etc.

My mom always tells the story about when I was born… I guess one of the doctor’s first remarks were about my long legs. My mom is very tall and she had quite the growth spurt growing up… She was 5 ft in 4th grade and grew TEN INCHES before 5th grade. Meaning, she was 5’10” in 5th grade! Unsurprisingly, that can mess with a child’s head, especially when you’re getting bullied by the boys who hadn’t yet hit puberty. So I guess when the doctor said that, my mom instantly knew that they’d be sending me to school right away instead of holding me back a year because she didn’t want me to have to endure that gargantuan feeling she had for so many years. (Jokes on all of us because while I do have longer legs, I’m only 5’5″. Maybe it’s because I discovered Starbucks in middle school when visiting my aunt on the East Coast, maybe it’s because my grandma is just 5’2″. Jury’s still out. 😜)

As I’ve gotten older, I’ve spent a lot of time learning about souls, past lives, etc. (I promise I’m not getting that woo woo here, stay with me.) As odd as it may sound, I feel like I was meant to be born when I was. (I should add that my due date was in October, and I came six weeks early. Thankfully, I was fully grown and healthy as could be! Just ready to get the party started I guess… 😂) While there have definitely been some challenges with being the youngest person in my class, there have been some positives, too.

I’ve always been told I was “mature for my age” (which I’ve taken as a compliment), and I think that’s probably to be expected when you’re surrounded by older people. I also think I’ve had to get comfortable being uncomfortable from the get go, and that’s proven to be a valuable skill to have. Thankfully, I was more advanced when it came to academics, or I feel like that could have been a recipe for disaster with confidence for the rest of my life. But in other aspects, I always felt a little bit behind.

When looking back on always being the youngest, I did feel like a bit of a late bloomer a lot of the time. (And not just because I had to wait to drive until my junior year of high school and waiting to legally drink until my senior year of college, haha.) I remember in first grade, all my friends wanted to “chase the boys” during recess (literally just run after them on the playground) and apparently I would come home after school in tears because I didn’t want to chase the boys and I had no one to hang out with. A few things… 1. Still don’t blame ya, girl. Who tf wants to run at recess?! 2. Props to you, young Jess, for standing your ground and not just doing things because everyone was doing it. 3. Realistically, I just feel like I wasn’t there yet. Especially in those years where so much changes in a year, I felt like I was behind in many different emotional or physical aspects. (TBH: Still waiting for my boobs to come in and to have to start wearing a bra. 😜) Then fast forward to having to make college decisions at 16… I only applied to the school my dad went to and the school that I knew. And then moving to college at 17. Sometimes I think about where I would have considered applying had I been a year older and not so young when making those decisions!

On the “early start” side of things, I had my “turning 30 freak out moment” when I was 29. For whatever reason, it being the last year of my twenties shook me more than turning thirty did. I guess I just got it out of the way early! And then on the late blooming side of things, I feel like it’s taken me until 31 to wrap my mind around being in my thirties. As you probably know by now, I’m a very reflective person, and I’ve been building this list for the last year or so. It was supposed to be a post called “30 Things I’d Tell My 20 Yr Old Self,” but you know, figured we’d bump it back a year. (Or maybe I’m just a procrastinator… 😉)

I’ve thought long and hard about this list. While it could never fully encompass all the lessons I’ve learned over the last decade, it’s some of the most important! 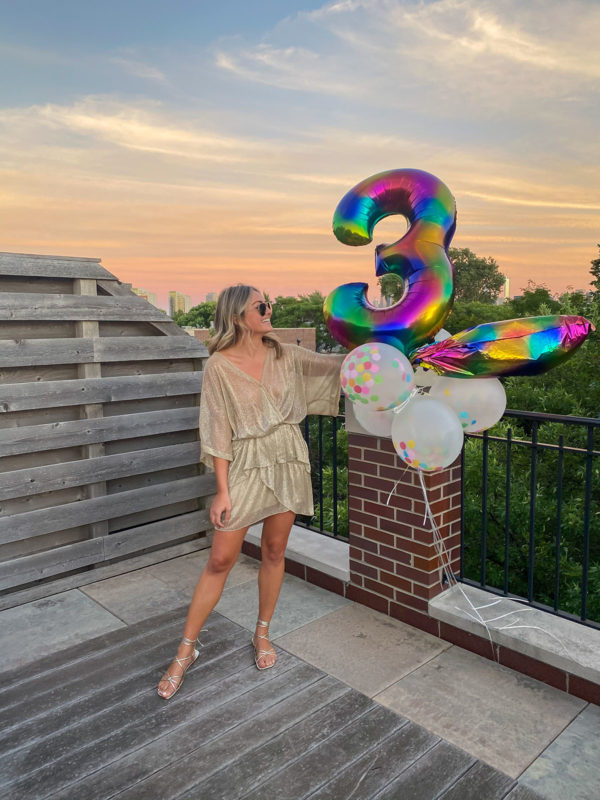 I thought this was funny… “31 won’t look quite how you imagined it,” they said. 🤣