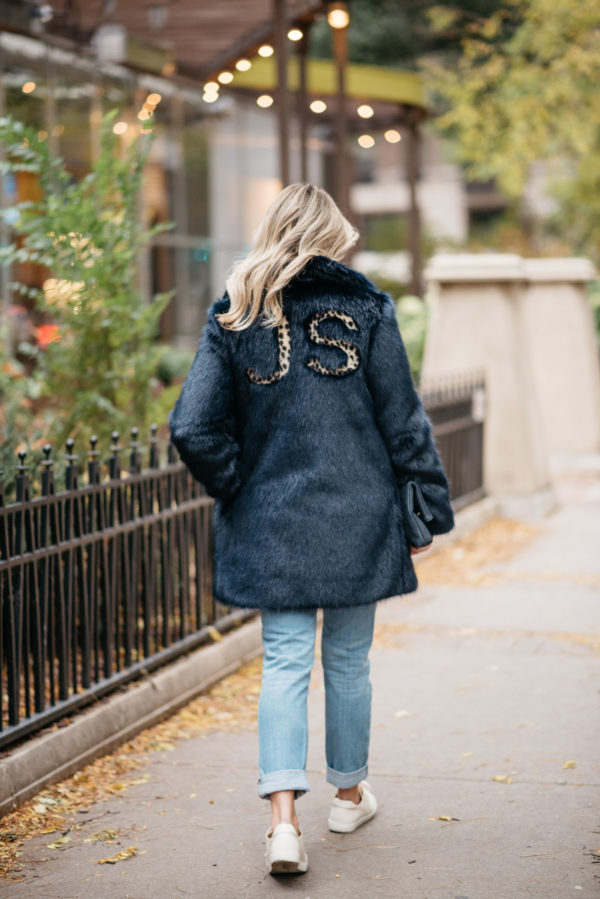 May is Mental Health Awareness Month, something that I’m extremely passionate about and something that’s very near and dear to my heart, so I didn’t want to let the month slip away without touching on this subject. A few months ago, I shared how I manage my anxiety, yesterday I shared my journey with medication, and today I want to talk about The D Word.

I thought about naming this post “The Big D.” As a kid, I always remember this country song playing on the radio in my baby sitter’s car.. “I’m going to the big D and don’t mean Dallas.” (He was actually talking about divorce in the song.) But as an adult, The Big D has a whole different meaning. 😜

But today I want to talk about a whole different D… A word that’s somehow even more taboo to talk about — depression. It’s a word that gets thrown around a lot where it’s true meaning is diminished (“OMG, so depressing!”), but it also has quite the stigma, and a reputation that can be confusing.

Back in November, I was walking into therapy and was basically already crying. I knew I was going to have a meltdown on the couch that day. I hadn’t been to therapy in three weeks, and it had been a rough three weeks. I couldn’t remember the last day that I didn’t cry. But when I walked in to N’s office to the usual, “How have you been?” I had tears welling up in my eyes as I said, “It’s been a hard few weeks. I’m not, like, depressed or anything — I still get out of bed and work and work out and see my friends — A lot’s been going on and I guess I’ve just been feeling a lot of feels lately, I’ve been crying a lot.”

I don’t really remember the exact timeline of what happened next… I was sobbing and N said, “I think it’s time we discuss medication,” and something about “high functioning anxiety and depression.”

I had dinner plans with girlfriends that night and was planning to stay downtown after my appointment until then. I picked myself up off the couch in her office, took the train to my old apartment building to get my nails done across the street (naturally ran into a blog reader while I was there), texted my friend as I was walking over to her place to give her a warning (“hey, just FYI I look like a mess, rough therapy sesh, all good though!” in an effort to squash any questions that might come up out of concern that would start the waterworks back up in public), swung by Binnys to get a bottle of wine, hung out at her place with her best friend and sister, went to a new restaurant, went to a piano bar, and then went home. On the way home, I ordered my favorite worst habit — Turbo Sticks from Jet’s Pizza — (in my defense, the food at dinner was not great) and got home right around the same time as my delivery. Once I got in the door, I went straight up to my bedroom, sat on my bathroom floor crying harder than I’ve ever cried ever before, ate the entire box of pizza sticks, got in bed, and cried myself to sleep.

The next day, I wasn’t lying when I texted my friend “so much fun last night!” That felt like the truth. But it was followed by one of the most emotional nights I’ve ever had. (And pregamed with the most emotional therapy session I’ve ever had.) The only reason I’m telling you so much personal detail is because depression isn’t one-size-fits-all, and sometimes the symptoms aren’t really what you think.

As I did a lot of thorough research about “high functioning depression and anxiety” that weekend, I had never felt more seen. In that Friday session, N had asked me, “How long have you been feeling like this?” I’m not sure how long I had paused to think when she said, “It’s clearly been a while if you have to think back that far.”

While I feel like I’m an open book in most any interaction I have (friends, family, colleagues, relationships, YOU GUYS, etc), and I do feel like I try to be as real and honest and open and vulnerable as possible, that weekend I realized I had been wearing a mask for most of my life, not for everyone else, but for myself, and it was time to face the music.

I now realize I’ve probably been depressed most of my life. But since I can get out of bed, and make it to a workout class, and eat mostly healthy (minus my pizza addiction), and run a business, and hang out with my friends, and feel a lot of joy, and practice self-care, and get out of my pajamas and put on real clothes and makeup even when I don’t have to, and leave the house every day, and do all of the things “that depressed people can’t do,” I thought I was fine. Truthfully, I probably struggled more days than not. And just because I wasn’t lying in a dark room under the covers with the blinds drawn doesn’t mean I wasn’t depressed.

Sure, I’ll be the first to admit I’ve had numerous depressive episodes in my life. I’ve long known I’m prone to them, especially since I have family members that struggle with their mental health, too. But I thought they were just that — episodes. I was the first to admit I struggled with a lot of anxiety and depressive times here and there, but I wasn’t actually depressed!! No, not me.

I don’t know who made it out to be that depression looks like lots of tears, dark rooms, isolation, a bed, not leaving the house, and not speaking to other people… Because that’s the vision I’ve always had in my head.

But I will say, I know what it’s like to cry every time your head hits the pillow. Or anytime you’re alone. Or always conveniently right AFTER you get out of the shower and you have to wash your face again and wait to put on makeup until you get it together and text your friends “sorry, got sidetracked with work!” since you’re now running a solid 30 mins behind schedule because you couldn’t get it together.

There have been so many times that I’ve been out at functions with my friends, honestly having a great time and putting on a smile, and as soon as I walk in the door at home and am alone in my room, water works. Almost like second nature of taking off your bra and/or pants when you get home, something that we can all relate to.

I also know what it’s like to muster up the energy to get out of bed, make the bed, get ready, put on real clothes, and get to where I’m going, and by the time I get back home, be so absolutely fucking zonked that I just have to lay horizontal for the next few hours.

I know what it’s like to have to cancel plans because it’s been a rough day with anxiety and depression.

I’m not saying any of this for sympathy, far from it. (Like I mentioned yesterday, I’m in a much, much different place that I was when I wrote this post late last year.) But I am saying this as a reminder for all of us that you never know what’s going on behind closed doors. You never know what someone else is going through, even when you might think you know a lot about their life.

Depression (and anxiety) looks different for everyone.

One of my favorite quotes is “everyone is fighting a battle you know nothing about.” So especially during this unprecedented and uncertain time, be kind. Be mindful with your words and actions. Smile. Send out as much love as you can. <3