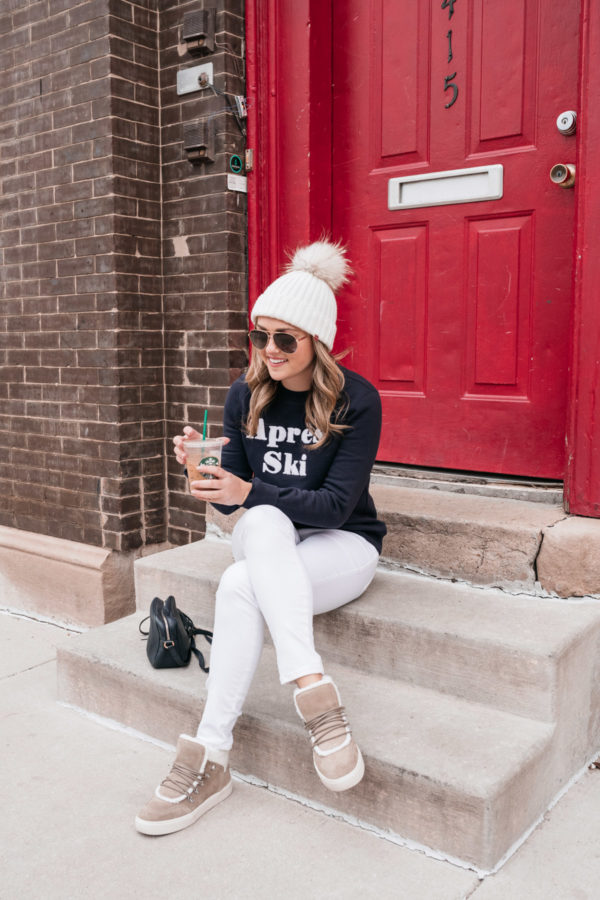 I’m never not drinking iced coffee… Even as I type this, I’m looking at snow through the Starbucks window, it’s below freezing outside, and I’ve got an iced almond milk latte sitting next to my laptop. For a split second, I almost ordered their new Cinnamon Shortbread latte, but I just couldn’t fathom drinking a hot coffee, even as my fingers felt like they were going to freeze off. One of my guy friends always gives me so much shit… I constantly verbalize the fact that I’m cold AF, yet I forget my gloves, order iced coffee, and generally just act like a bit of a masochist. 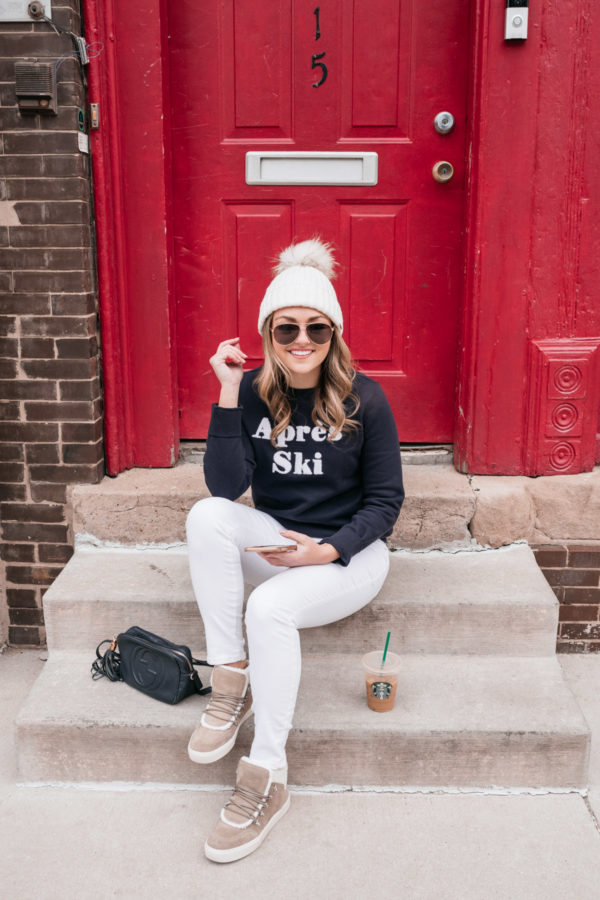 I’m also never not wearing a beanie this time of year. (And I promise, it’s not solely to cover up my five-months-grown-out roots right now. 😜) I talked about it in this post, but once I figured out that moms/grandmas were really onto something with the whole ‘having your head covered’ thing they preached as we were going out the door as kids, I was so much better off.

I constantly hear, “I love that, but I can’t pull it off.” BS. Sorry, but you can. Contrary to popular belief, there isn’t someone handing “Pull It Off” cards out somewhere. You just have to decide to get a little outside of your comfort zone and go for it. (And that goes for something as small as a beanie and just about every other thing you might think you can’t wear for whatever reason…) I promise it won’t be long before you just let your preconceived notions go!

I still vividly remember buying this white beanie… It was the fall of 2015 and I saw it while I was hosting a fall fashion event at Bloomingdales in the 900 Shops in Chicago. It was before the whole pom-pom beanie trend really became the norm, it was September and I wouldn’t be wearing beanies for a few more months, and tbh, it was kind of expensive (for a beanie). But I just loved it when I put it on! I knew the friend I was shopping with thought it was a little bit out there, but I couldn’t walk out of the store without buying it after the event. It just spoke to me… I know you guys know the feeling. And here I am, still wearing it over three years later. It’s easily my most-worn beanie! I remember thinking (one of my reasons when trying to talk myself out of buying it) that I would just get the white color so dirty, but somehow it still looks nearly new and doesn’t really get makeup stained on the inside.

I’ll speak to this more in a future post, but this beanie is the perfect example of something I want to be mindful about this coming year. Fewer, Better. Less clutter, more things that I truly love, and investing in quality that stands the test of time. 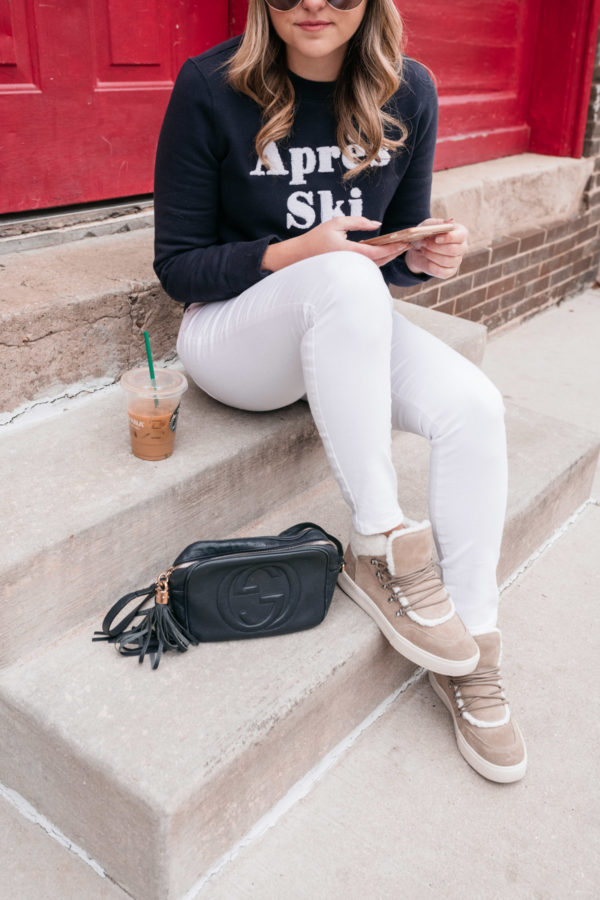 I took my own advice with these sneakers… I feel like a little skateboard punk every time I wear these shearing sneakers, but I just go with it. I for sure don’t think that “I can pull them off,” but I wear them anyway. They’re super comfortable, much warmer than other casual sneakers I have, and I objectively like the look of them! (Even if I look down and feel like I belong on a half-pipe… haha) They’re just fun, and it makes life a lot less boring when you’re having fun, even if it’s as simple as what you’re wearing.

They’re also available on sale in limited sizes here, and available in both black and gray here! 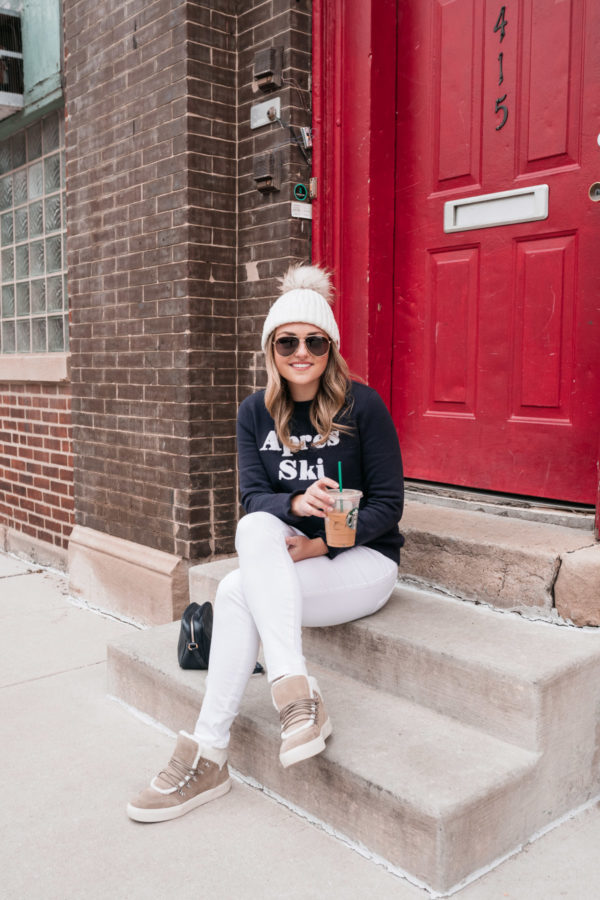 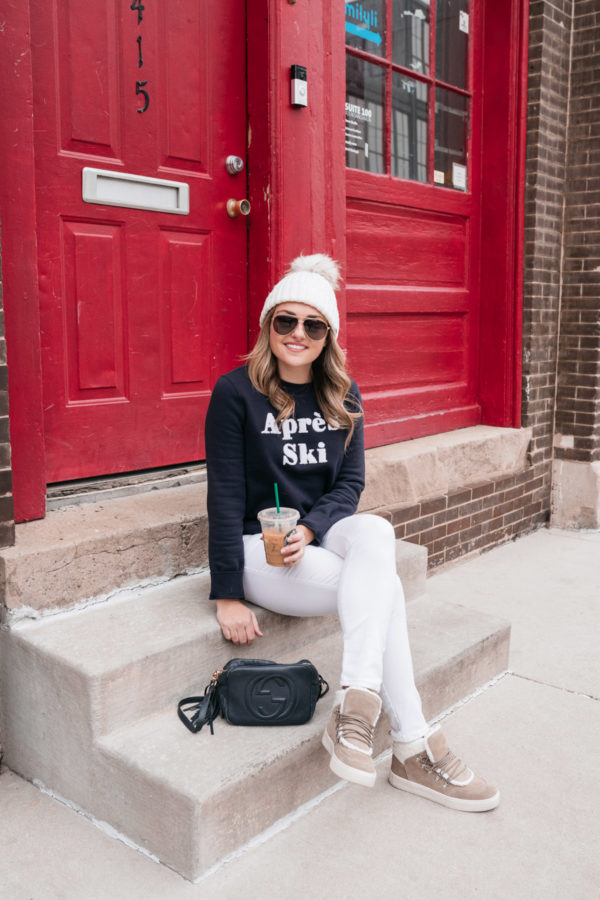 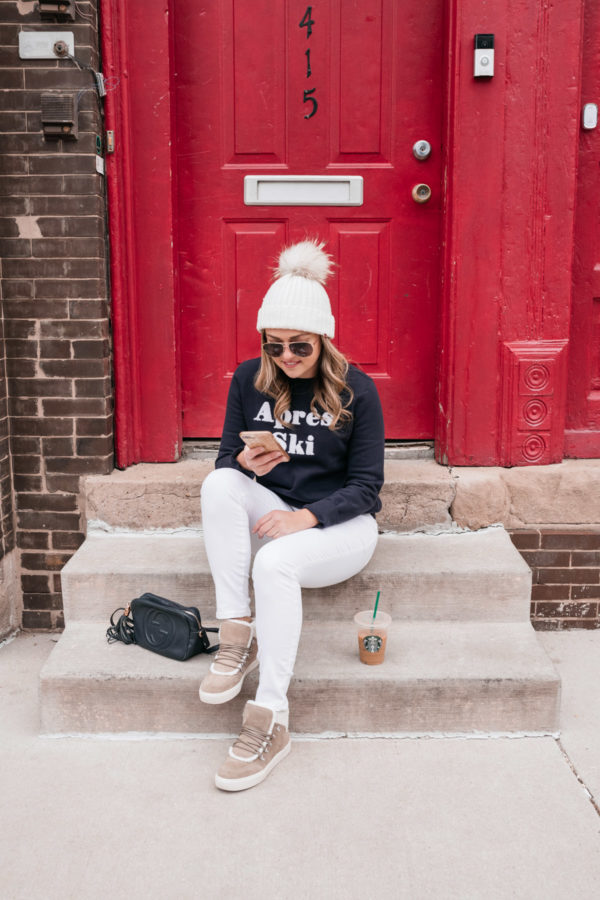 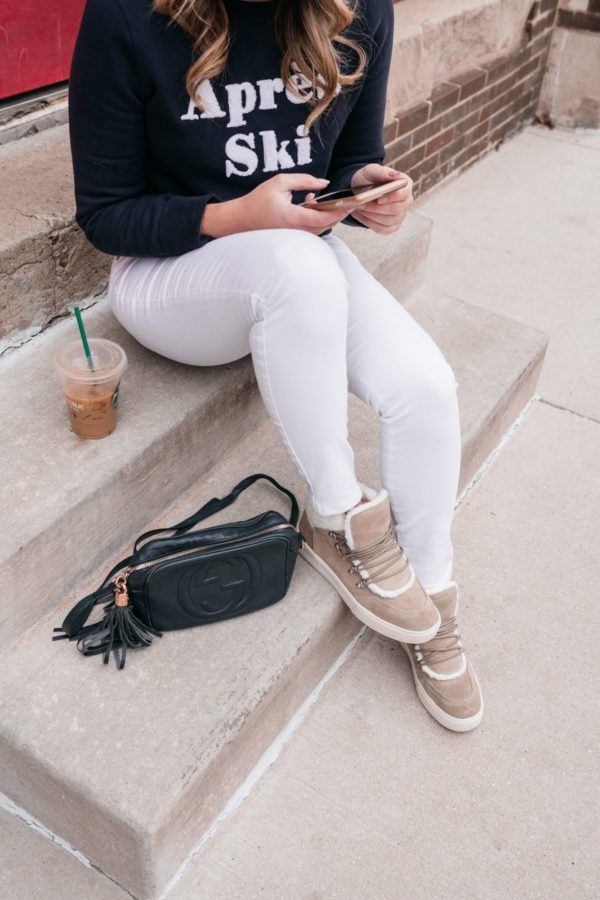 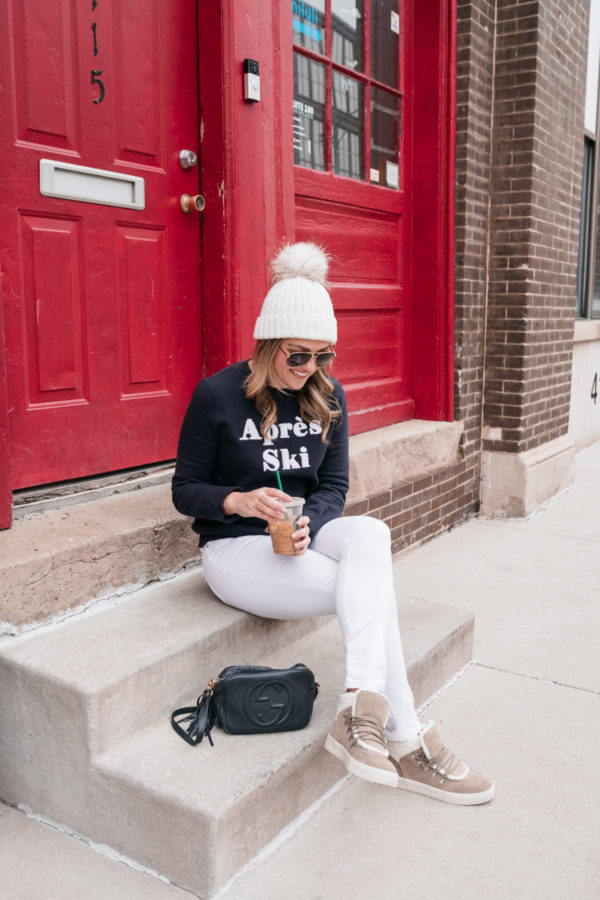 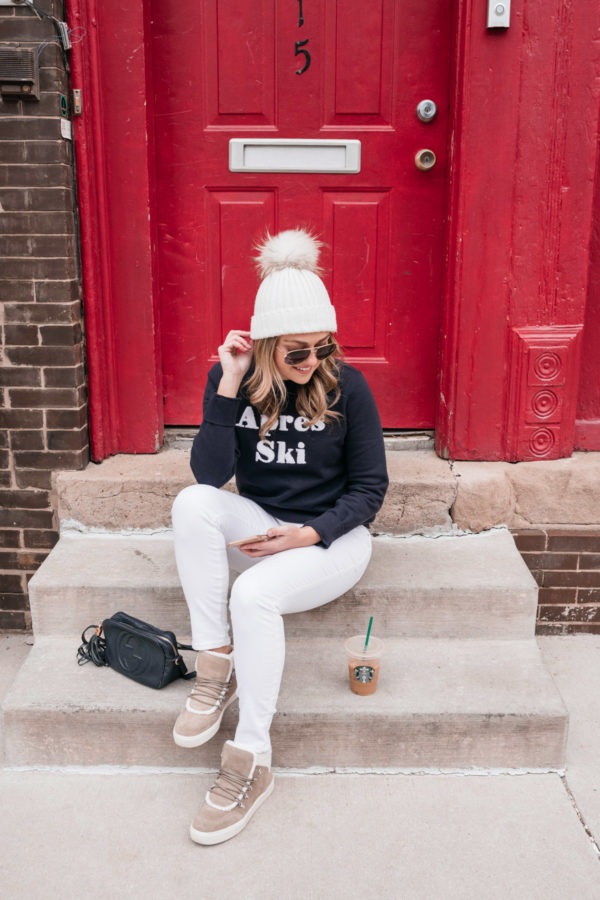 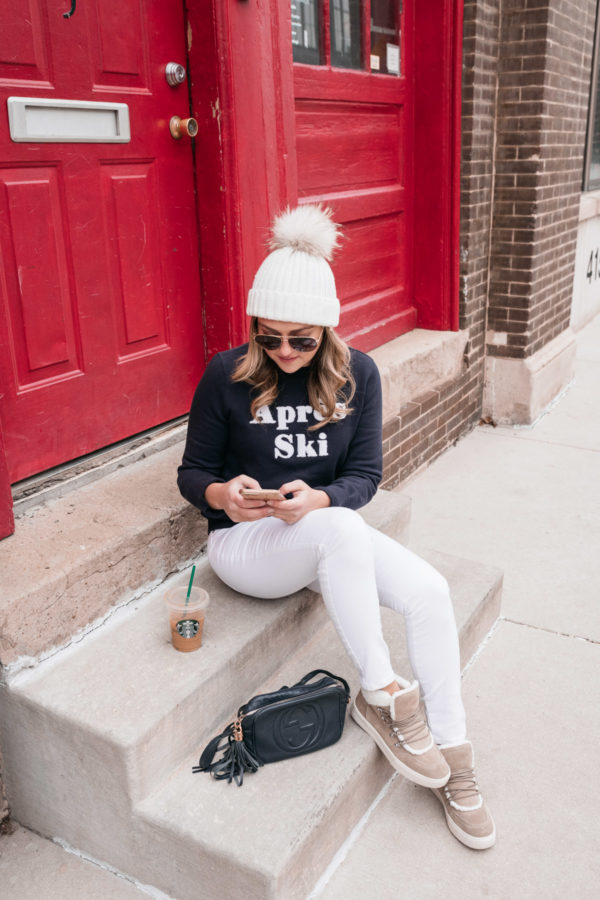 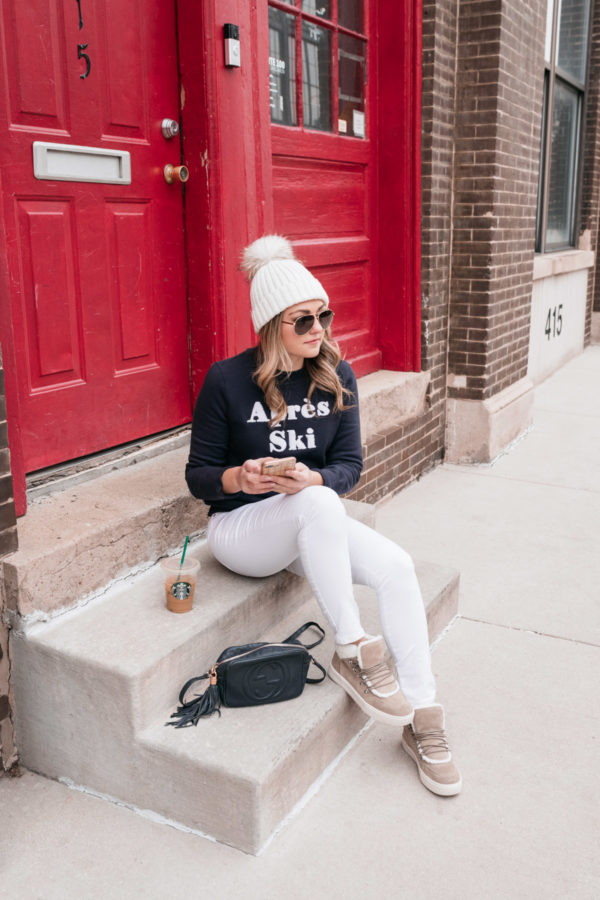 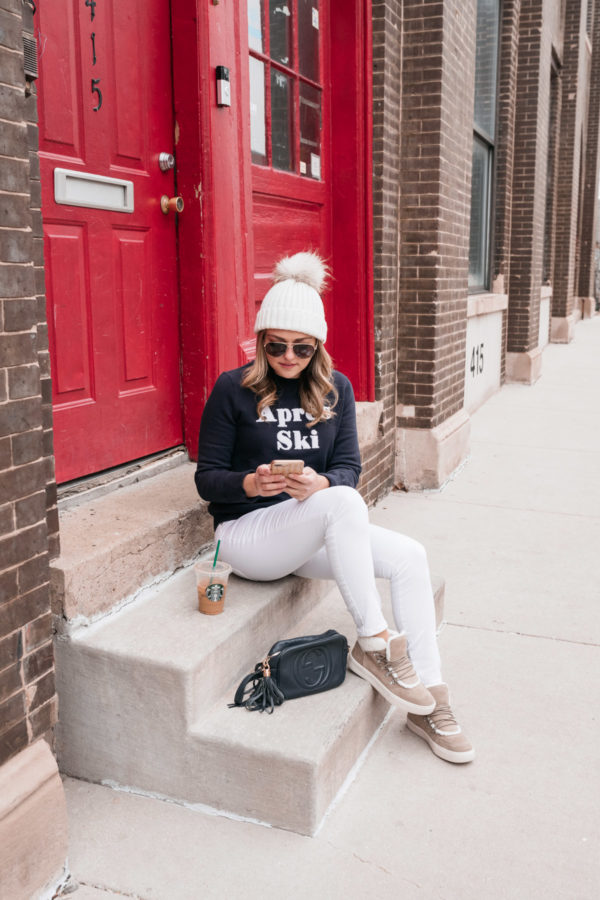