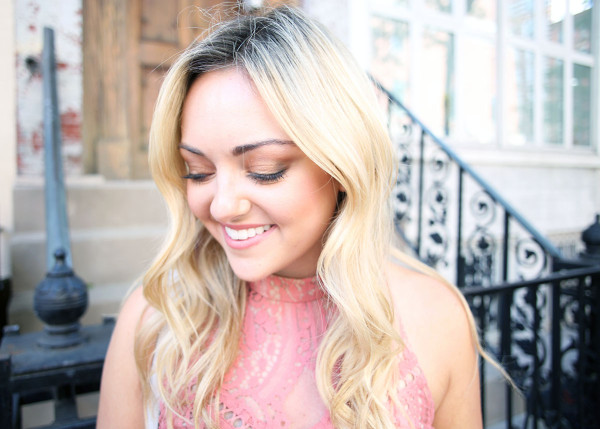 A friend of mine in my Remote Year group was recently asking me about my eyelashes and what mascara I use and it got me thinking about my little ‘secret’ for lashes. I do have a few mascaras that I swear by, and I’ll get to those, but I believe the secret for long, full lashes is actually what you put on *before* your mascara.

When my mom first taught me how to apply makeup when I was in 7th grade, she taught me with all of her Estee Lauder products, and basically just showed me what she did. She would apply (and probably still does wear) a coat of Lash Primer Plus before her applying her black mascara. So ever since I started wearing make-up, thats what I’ve done, too.

In the past two years, I’ve been using L’Oreal’s Voluminous Lash Primer simply because it’s $8 versus $26. This sounds kind of crazy, but since you never really hear about or see lash primer, I never even thought to try to find it at the drugstore, I would just order my Estee Lauder refill on repeat.

But then two summers ago, I got a press package from L’Oreal that had the Voluminous Lash Primer in it, and I switched to that one after testing it out! I like the wand and formula a wee bit better on the Estee Lauder one, but it’s just the primer and the L’Oreal version works just fine. 🙂

I apply a coat or two of primer, gently curl my lashes, and then apply my mascara. That’s it! A few tips — Don’t wait too long to apply mascara after the primer, I find it goes on better when the primer is still wet, before it dries. I’ve also found that curling your lashes is MUCH safer on the primer because it’s not sticky like mascara. I feel like I never loose any lashes from curling them and this is always the order I do it in — primer, curl, mascara. 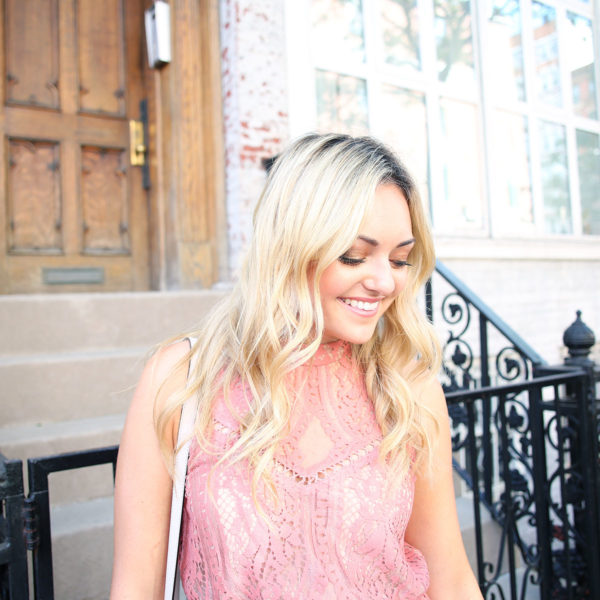 Okay, now for my favorite mascaras…

Howeverrrr, I ran out of both of my mascaras right before I left for South America and NARS had just sent me their newest mascara launch, Climax. I also had Blue Mercury’s Lune + Aster Stratosphere Volumizing Mascara in my bin of products to try, so I brought both with me and have only been using the two of them for the last four months. And I love them both!

NARS Climax is amazing for a nighttime or when you want your lashes to look WOW! (Great for getting your picture taken, too.) I was wearing this when my girlfriend asked me what mascara I wore.

If I want something a little bit more subtle for daytime, I’ve really been loving the Lune + Aster Stratosphere mascara, too! I am *obsessed* with how the wand separates my lashes… I feel like it makes them fan out perfectly.

I’d love to know what you use on your lashes, too! 🙂