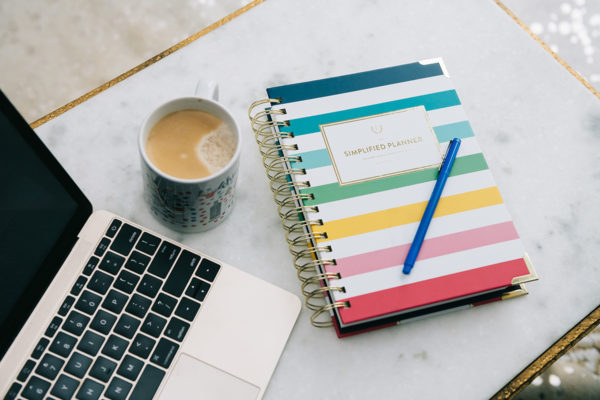 Hey guys! I’m back with a new ‘wellness’ post today, but first, I’ve got a little bit of an update on wellness posts on the blog moving forward. Typically, I’ve always posted these on Wednesdays (we all know I love an alliteration), but from here on out, it’s going to be a little less structured. The goal is to still publish a “Weekly Wellness” post each week, but it may or may not be on Wednesdays. (I added a Wellness category to the nav bar at the top of the site, so you can always find these types of posts right here!)

Anyway, today’s post is all sorts of random and 100% all over the place. I wrote it back in December about a simple question that was triggering some negative emotions for me at the time. It’s not necessarily a certain trending topic in the realm of “wellness,” but I tend to classify most things of the mind under the wellness umbrella. Hopefully it’s something you can relate to! xoxo JRS

Over the last few months, I’ve caught myself being triggered by the most simple question… Usually one that acquaintences and friends alike all ask… What’s new?!

As of late, my answer has been, “not much,” and for whatever reason, I have so much internal judgement and resistance around that. I’ve always been someone who’s go-go-go. On the the next, constantly on the move. If you’re not moving forward, you’re not growing, right? Right?! Actually, that’s not always the case. (At least for me, lately…)

It seems like everyone has so much change happening in their lives and mine has been a whole lot of THE SAME. My life has been fairly still and it’s been driving my Type-A personality fucking crazy. Batshit, really.

For the first time probably ever, I’ve allowed myself to slow down since I got back from back-to-back-to-back-to-back trips in mid-October. I’ve taken a step back from traveling the last four months to recharge my batteries. (And work, too, if we’re being honest.) Sure, I go out, have fun, and do new things with friends in Chicago, but most of my days generally revolve around working, wellness, and working out. And in the winter when it’s basically a tundra in Chicago, I spend way less time outside than I would prefer.
(Read: By the nature of my work, I spend a lot of time alone in my apartment.)

Also by the nature of my job, I can’t really get promoted, either. So from the basic standpoint of working alone from home, blogging can feel like a whole lot of the same from time to time. And when you see the glossy images on Instagram of every other blogger doing exciting collaborations and partnering with so-and-so and adding another person to their team, it’s easy to start playing the comparison game with work happenings, too. (Jenny did a great post about comparison in the blogging world!)

I’ve thought about moving in Chicago, but I really love my apartment building. I’ve thought about moving cities purely for “something new,” but I actually really like Chicago. I want a dog more than anything, but I still don’t think it’s the right time for me with how much I typically travel. I’m single, not even actively seeking people to date, and just doing a whole lot of the same things that I always do. So,
“No, not much is new. Thanks for asking!”

I found myself wondering, “Why is this all of a sudden a thing for you, Jess?” Similarly to what I mentioned in this post about taking time without distractions, a lot has been coming up for me recently because it’s one of the first times that I’ve really slowed down in the last few years. If a friend would have asked me that “What’s new?” question pre-October, I would have had a bunch of funny updates about guys I was dating and stories about trips I’ve taken to fill the gap. It’s also worth noting… The end of 2016 and the beginning of 2017 were pretty crazy for me personally. With all of the crap going on with my parents*, my relationship with Hallie being rocky, and then fracturing my ankle, there was something seemingly catastrophic happening on the regular. (A literal year-long shitstorm.) Whereas now, without the excess of external chaotic happenings, things have felt a lot more still. The calm after the storm, maybe?

*Sidenote on this… I know I’ve thrown it in random posts on the blog over the last year without much detail, but it’s just not my story to tell, you know? I realized the very hard way that your parents getting divorced is actually just as big of a deal when you’re an adult. We’ll just leave it at that for now.

Back to the story at hand… I came to the realization (with a little help from my therapist 😉) that I’ve been equating feeling satisfied with settling. I’ve always been this way — never really satisfied. I have always thought in terms of bigger and better and the next step. And while that motivation can come in healthy doses, I was never really living in the present moment, and certainly not appreciating it.

She recently had me take a step back and asked if I was satisfied with my current situation… And the answer was surprisingly* yes. Well, actually, I heard both yes and no. My ego was saying no, but my heart was saying yes. (*I say ‘surprisingly’ because more often than not lately, I’ve felt out of sorts. If you’ve never heard of Saturn’s Return, look it up and then mark your calendar for shit to internally hit the fan sometime between ages 28-30.)

Truth be told, I actually really love my life. I love the flexibility of my job, I love my life here in Chicago, I love traveling as much as I’m able, I love not having to answer to anyone else, I actually love devoting so much time to working on myself and working though ‘my shit’, and I truly enjoy these seemingly simpler times after a tornado of a year.
Please note: I’m *by no means* saying that I have some perfect life… That doesn’t exist, everyone has their shit! I’ve got a whole laundry list of challenges, just like everyone else.

Without realizing it, I’ve subconsciously been putting so much pressure on myself because my life isn’t mirroring most of my peers. On the surface, I really didn’t think I was playing the comparison game, but on a deep level, I have been. And as a result, I’ve been placing a whole lot of judgement on myself. That judgement runs the gamut from my mind trying to trick me into feeling as if I’m missing out on all of life’s milestones to also wondering, “Is something wrong with me that I’m not longing for all of these life changes?!”

While at some point I definitely do want a husband, a house, a dog, and probably kids, too, I’m okay with not having those things right now, regardless of what society’s definition of “normal” is. For me, it’s been all about learning to feel satisfied with what I have, while also being eager for more.

For the life of me, I can’t remember where I heard this analogy, but if I had to guess, it was probably somewhere on The Lively Show podcast. I’m probably telling it wrong, but it goes a little something like this… Imagine you’re in a canoe. Typically, you put so much effort in rowing and moving forward, but sometimes it’s nice to take a little break and sit still in the middle of the lake and bask in the sun and your surroundings. In other words, it’s okay to slow down from time to time! Or for extended periods of time, in my case lately… (Another little diddy that my recovering Type-A personality hates hearing.)

Because I’ve felt internally satisfied in some select ways lately, my ego has been feeding me all of this bullshit about settling and not being challenged and not moving forward, etc etc. And while there are sure to be some changes in career-related things over the next year or two (that’s a story that’s still unfolding…), I’m trying my best to soak up the current season I’m in. I’ll leave you with yet another analogy I’ve been resonating with lately…
“Some seasons are for growing leaves and some seasons are for strengthening your roots.”

Anyway, I hope something in this hodgepodge of jumbled thoughts resonates on some level… Comparison in your 20’s (or 30’s), Saturn’s Return, or compassion for yourself needing to take a little breather and hit the reset button. I’ve been resisting hitting “publish” for weeks on end because I wasn’t quite sure how to reign it all in while simultaneously having so much more to say about all of the aforementioned topics, but I guess that’s just life sometimes… Messy AF and all over the place!