Like I mentioned yesterday, I was able to attend an amazing breakfast hosted by Birchbox last week! After leaving NoMi Kitchen (two Bellinis in…), I strolled up and down Michigan Avenue and popped into some of my favorite stores — Zara, Nordstrom, & J.Crew. 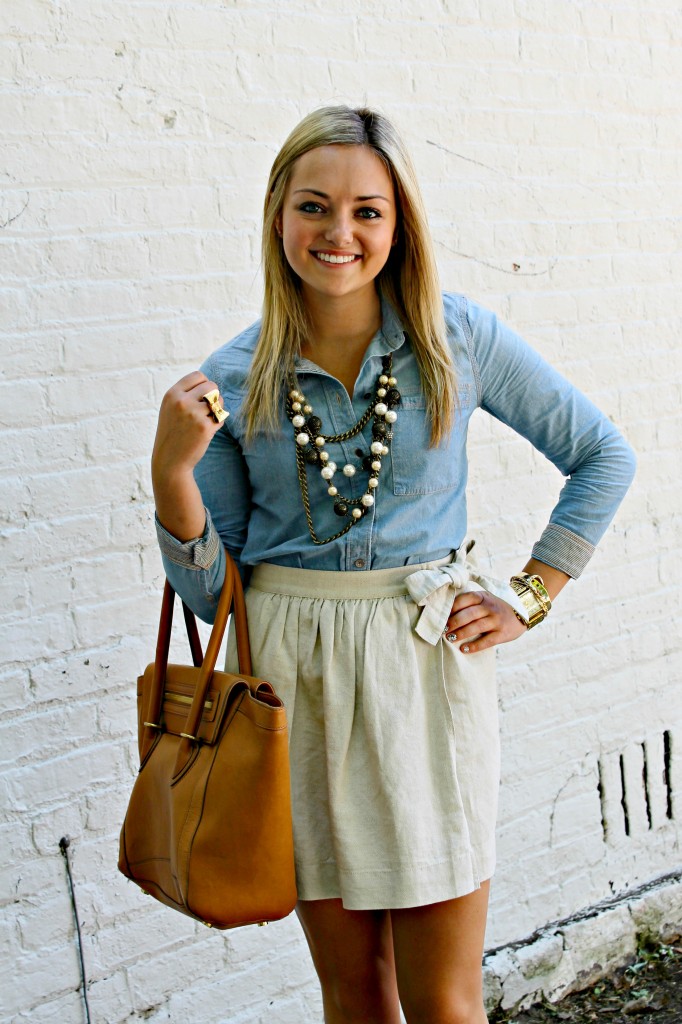 As of late, I’ve been trying to shop less and re-mix pieces that are already in my closet. I scored this skirt on sale last summer and I believe it was only worn once last year (here). I’m not even going to try to pretend that I’ve only worn this shirt a couple of times… (one, two, three, four, five, six, seven, eight, nine). But hey, I’d never worn the two together! 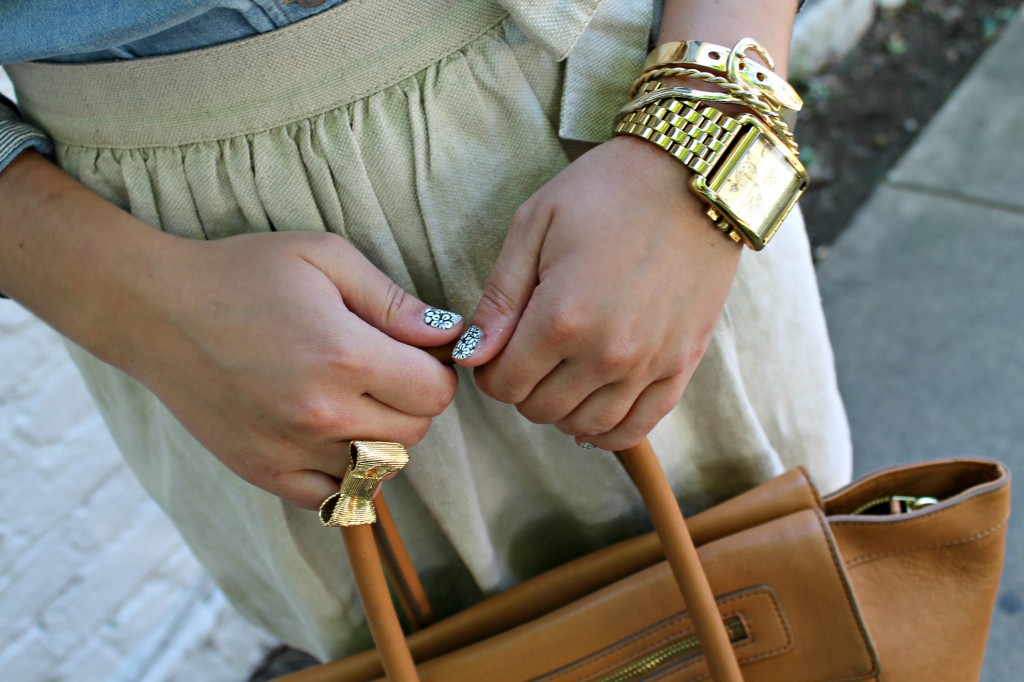 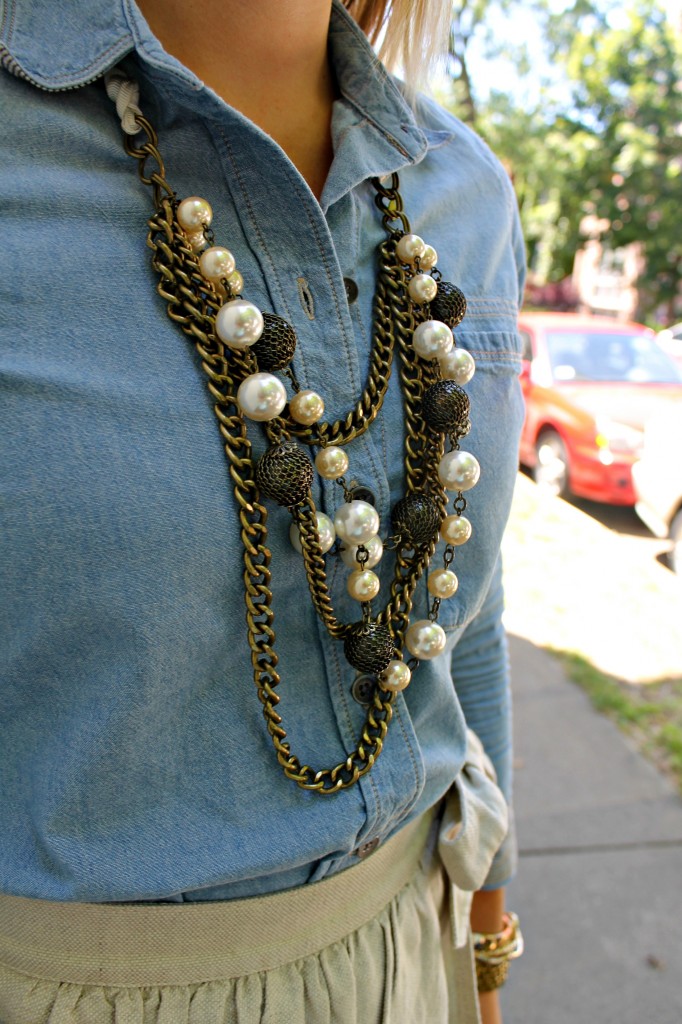 The earthy combination of flax and chambray kind of screams “Little House on the Prairie,” but I was hoping the girly bows and baubles would make the outfit a little less “Laura Ingalls Wilder.” 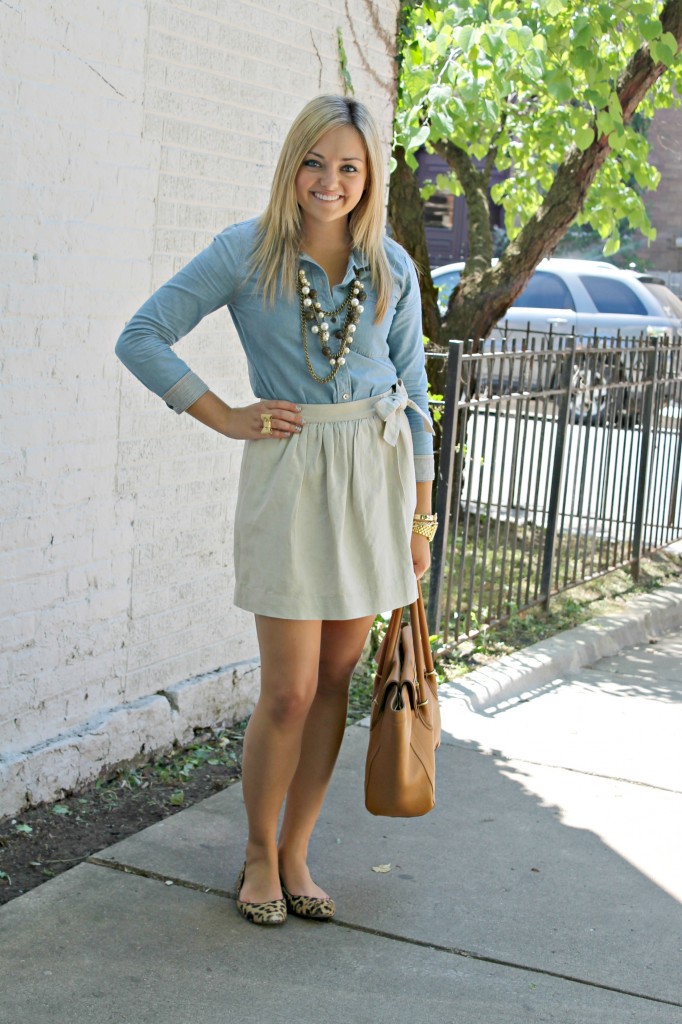 PS – My email subscribers didn’t transfer over when I switched blogging platforms last week. Be sure to enter your email and click “Subscribe!” (right sidebar) if you want to receive an email each time there is a new post on Bows & Sequins!